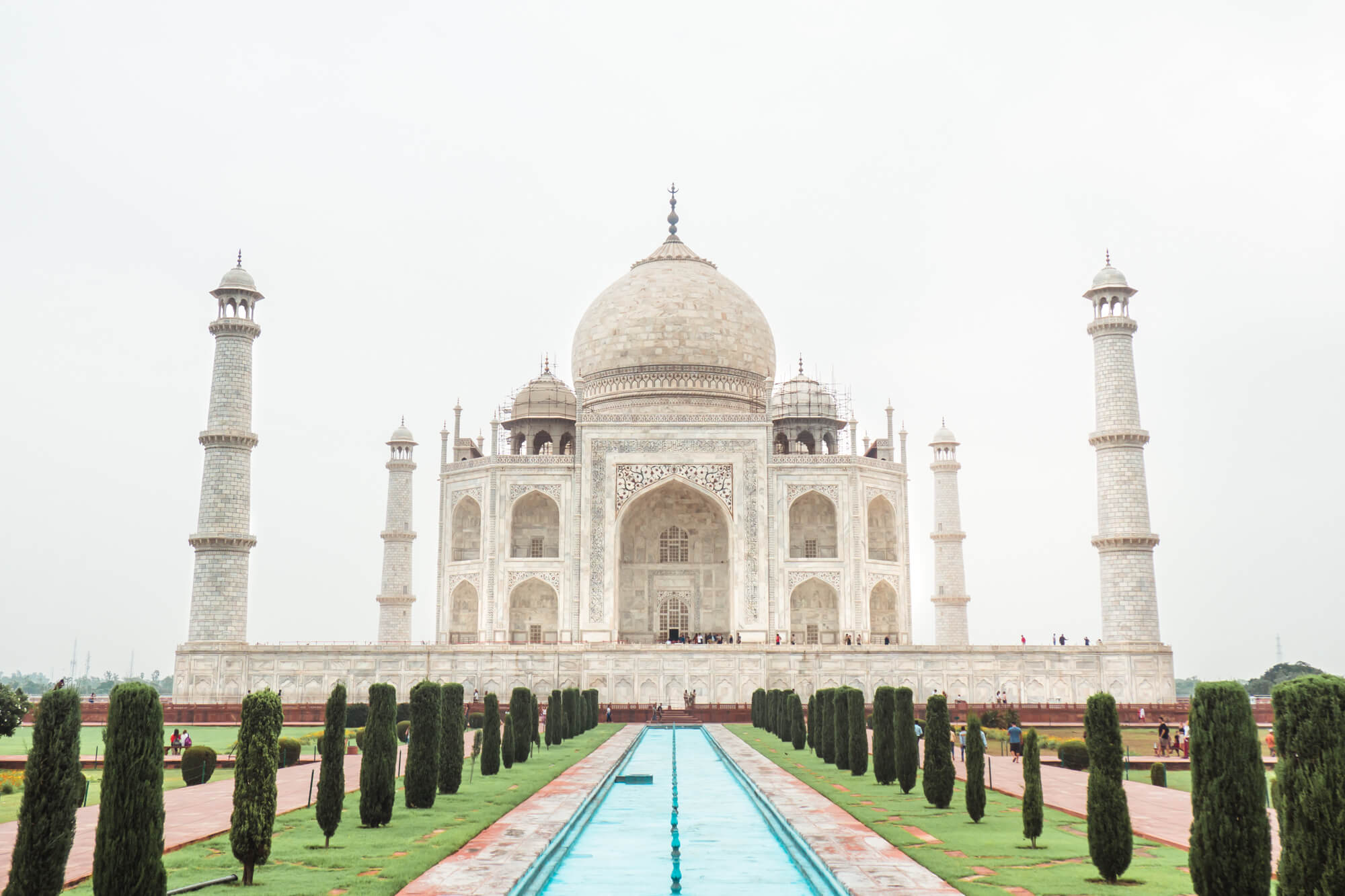 Taj Mahal, one of the new 7 wonders of the world, sits on the right bank of Yamuna river in the North Indian city of Agra. The magnificent marble structure tells the love story of emperor Shah Jahan and his much-beloved wife Mumtaz Mahal, who died during the birth of their 14th child. In 1632 he commissioned the construction of Taj Mahal to house her tomb and 11 years later the main mausoleum was completed.

In 1983 Taj Mahal was recognized as a UNESCO World Heritage Site for being the jewel of Muslim art in India. Every year, between 7 and 8 million visitors pass through the gates to marvel at the structure that is by many considered to be the most beautiful building in the world.

We spent two nights at Radisson Blu Agra which are within a 15-minute walking distance of the East gate. I wouldn’t normally choose to stay in a large hotel chain like that, but I just couldn’t resist their rooftop pool with a view of the Taj Mahal (which I for some strange reason forgot to photograph?)! If you prefer something a bit cheaper and homier check out The Coral Court Homestay.

Before we get to the Taj Mahal photography tips, let’s take a look at some important information you should know before you go. 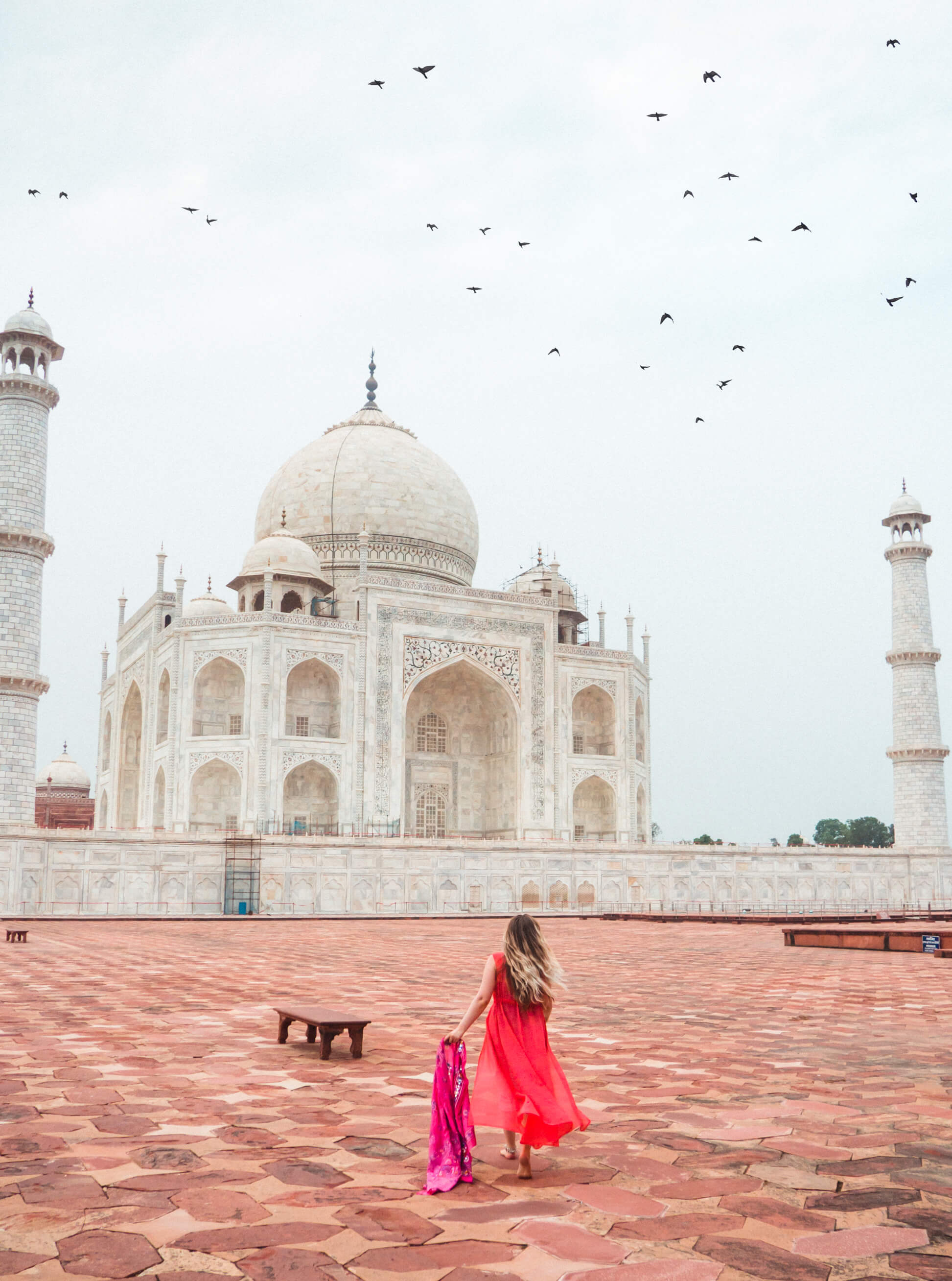 Everything you need to know before visiting Taj Mahal

The best time to visit

According to Wikipedia, Agra features a semi-arid bordering on humid subtropical climate with extremely hot and dry weather during summer. In fact, Agra has a reputation for being one of the hottest cities in India. Typically, temperature from April to June can reach up to 50°c. Travelers may be more prone to dehydration and heatstroke during this period, so remember to stay hydrated.

From July to September, Agra experiences monsoon season and receives a lot of rain (though not as much as south India). We were there in the middle of August and got one cloudy day, one sunny day and most of the rain came at night. It was extremely hot and humid, when we got to Taj Mahal at 5.30am it was already 30°c out. Let’s just say my light grey maxi dress turned dark grey and my hair was WET. Basically, I looked like a drowned rat. But as an avid amateur photographer, I’m happy I went when I did because I would rather drown in my own sweat than have to compete with hordes of people for the photos and views I want.

However, the best time of the year to visit Taj Mahal for most people is during winter, from October to December and before summer, from February to March. The weather conditions are gentler and clearer then, but there will, of course, be a lot more visitors during these months.

The best time of the day to visit Taj Mahal is definitely in the early morning when the light is great for photography and the crowds are smaller.

Remember that Taj Mahal is closed every Friday for prayers as the mosque next to the main mausoleum is still active. 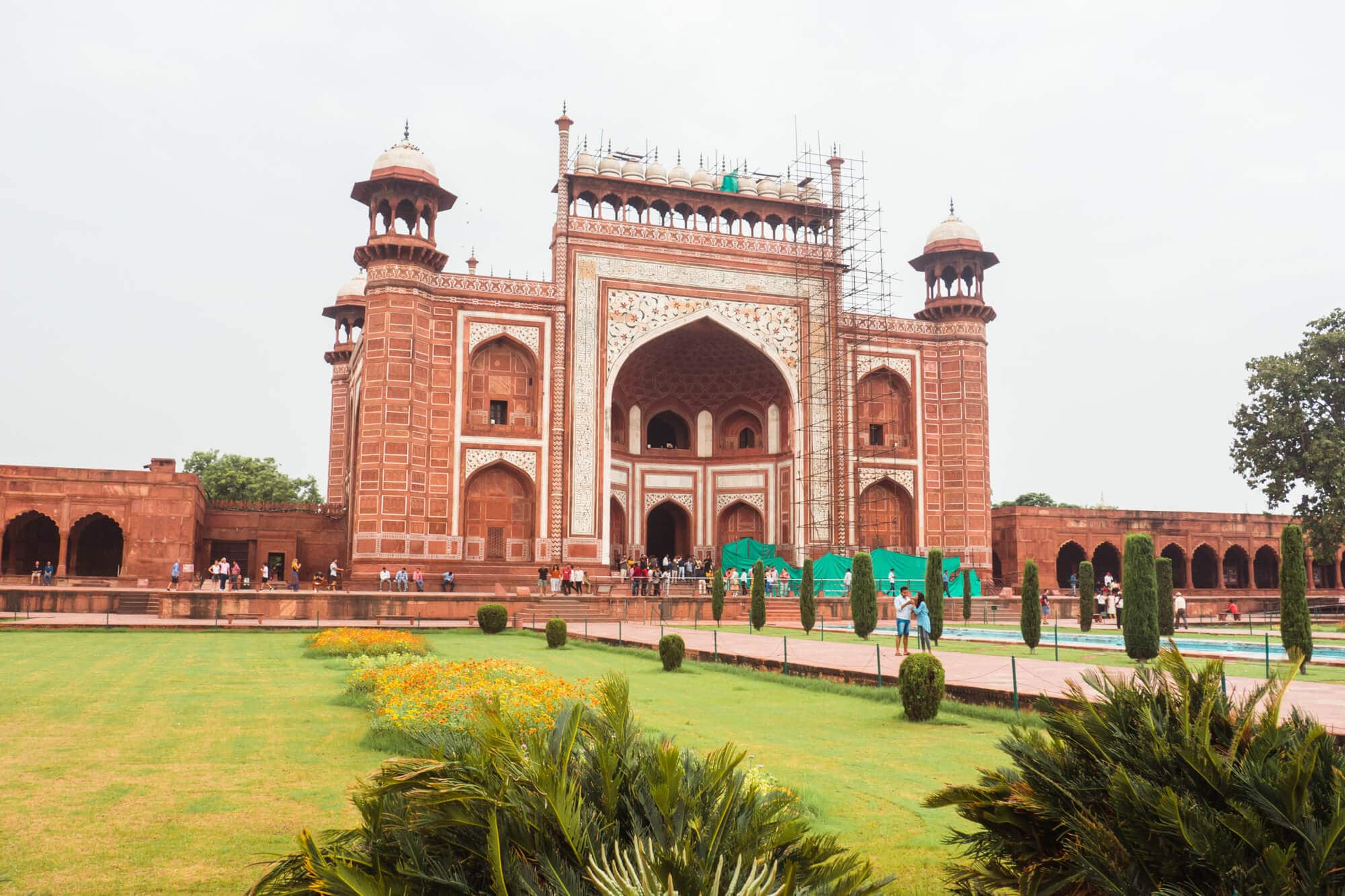 The main gateway seen from inside the complex

There are 3 entrances – the East, West and South Gate. The West gate is the main entrance and is mostly used by locals and Indian visitors. It generally has the longest lines throughout the day. The East gate is the one most foreigners use because it’s close to the well-known hotels and guesthouses. The South gate is closed for entry at the moment because of security risks.

There is a ticket office by each gate where you have to buy a ticket before you get in line. Foreigners are charged 1100 Rs for entry and children under the age of 15 can enter for free. You can save time by booking tickets online at http://asimustsee.nic.in which is the only official site.

We were told that we would get a bottle of water, shoe covers and a map with our tickets, but that did not happen. Instead, they were giving out shoe covers inside the complex on both sides of the Taj.

What NOT to bring to Taj Mahal

There are many items that are prohibited inside the Taj Mahal complex. Here are some of the main things that you should not bring with you:

If you brought one of these items by accident, there are lockers at the ticket office where you can store them.

What you should bring to Taj Mahal

If you are a woman traveling with a man it might be wise to let him carry the bag through security as the men’s line was moving much quicker than the women’s line.

I booked two nights in Agra because I wanted to make sure I got all the photos I wanted, in case the weather wasn’t cooperating. And I’m happy I did, but you can manage to see what Agra has to offer in a shorter period of time. Taj Mahal, Agra Fort and Mehtab Garden, the most exciting attractions, can easily be done in a day. You can even do a day trip from New Delhi to Taj Mahal with a guide or just book a driver and explore on your own. You can also do an independent day trip from New Delhi to Taj Mahal by train.

Read more about how my boyfriend and I traveled around India here!

And now over to the more exciting stuff! 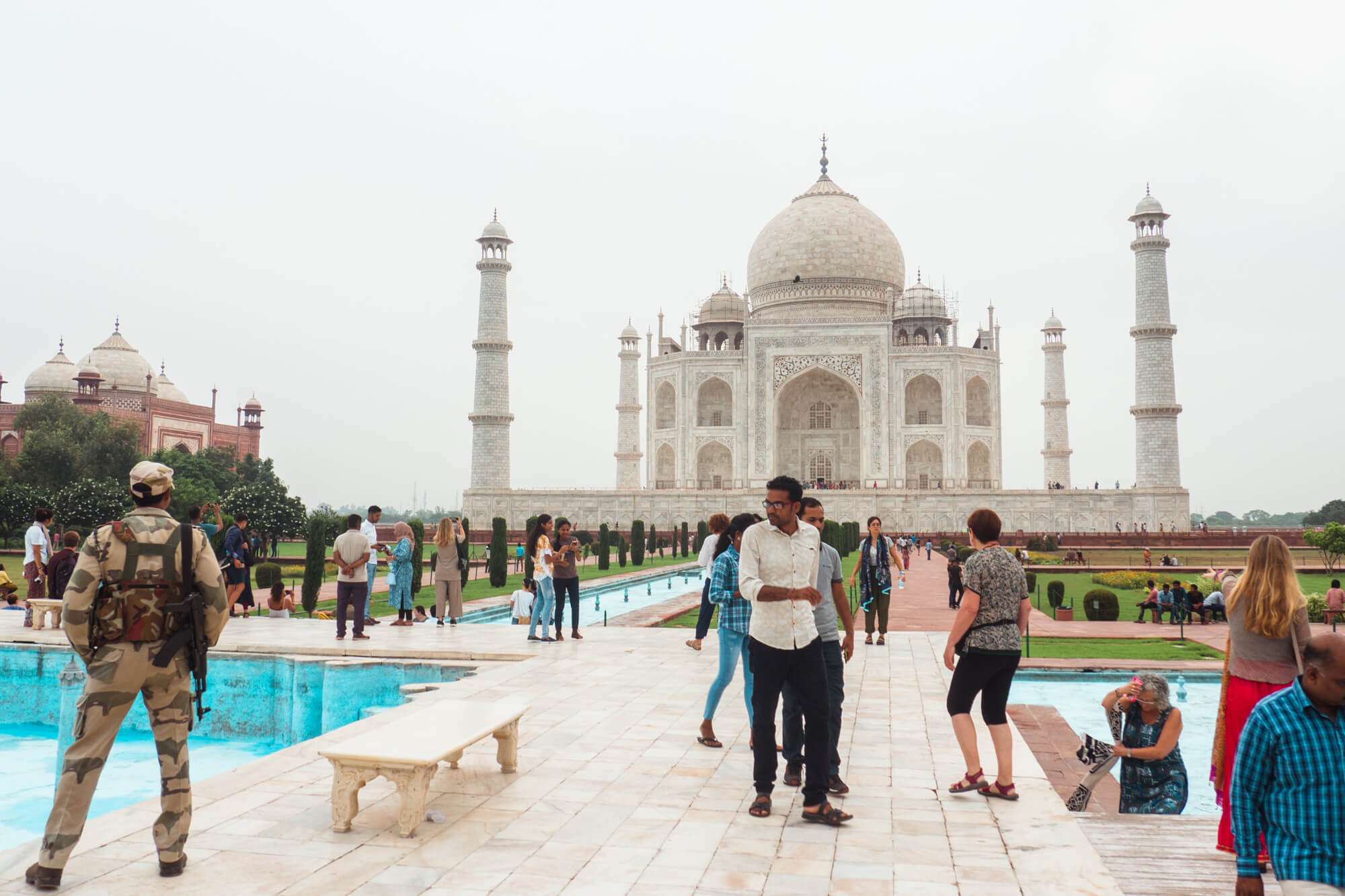 It was getting crowded already at 7-7.30am

If you’re headed to Taj Mahal soon you probably have one or two photos in your mind that you really want to get? I know I did. And chances are everybody else wants those shots too. You probably know what I’m talking about; a reflection of Taj Mahal in the turquoise fountain and the majestic white marble structure standing tall in the background. And maybe one of yourself casually posing in front of it.

But my number one tip is to get creative and move around! Do not stop at the entrance gate or directly in front of the Taj like everyone else. You can go back there and stand in line after you get all your shots with no one in them. 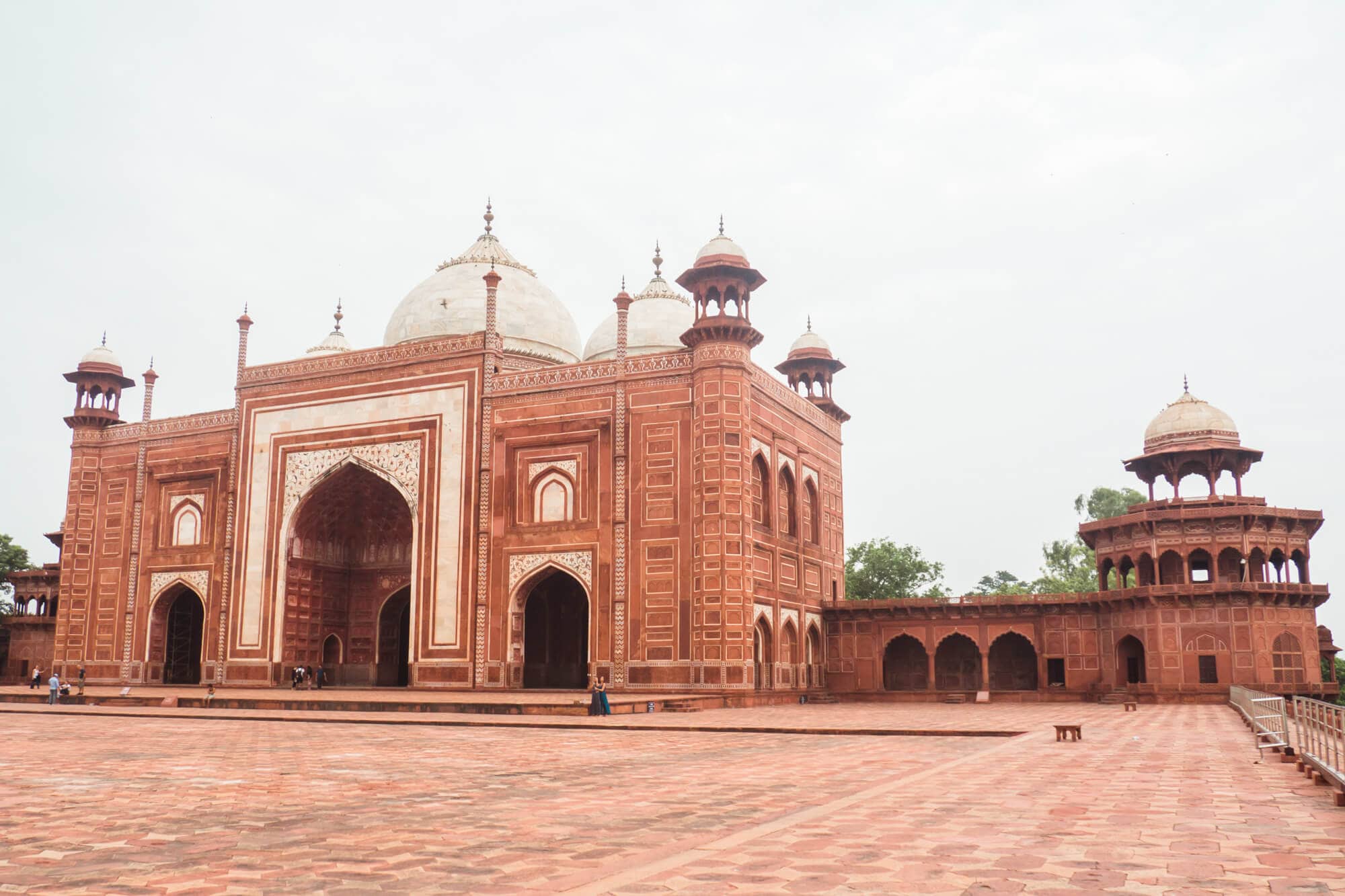 The mosque which is still in use today. I shot most of my photos from the first and middle entryway and from the corner of the courtyard

Head straight for the Mosque (on the left when facing the Taj) or the Jawab, also known as the Guest House, on the right for a side angle with fewer people in it. With the right angle, you can frame the Taj within the entryway but you will have to be patient and wait for the people in the background to move out of the way. There are also other archways you can use to frame the Taj like the wall along the main gate.

I like to get the light to come from behind my subject so I went straight to the mosque. If you want the sun to light up Taj Mahal and give it a warm glow, head to the Guest House. Remember to remove your shoes before entering the mosque and prepare yourself to step in a lot of old and fresh pigeon poop. And if you get there when it’s still dark, look out for the humongous monkeys hanging around. We got chased away from the mosque twice before they finally went away.

As you can see the weather was not great when I was there. So it was quite hard shooting non-blurry photos with the very limited light we had. We ended up having to lean the camera against the stairs inside the mosque, on the walls and anything we could find to stabilize it a bit. 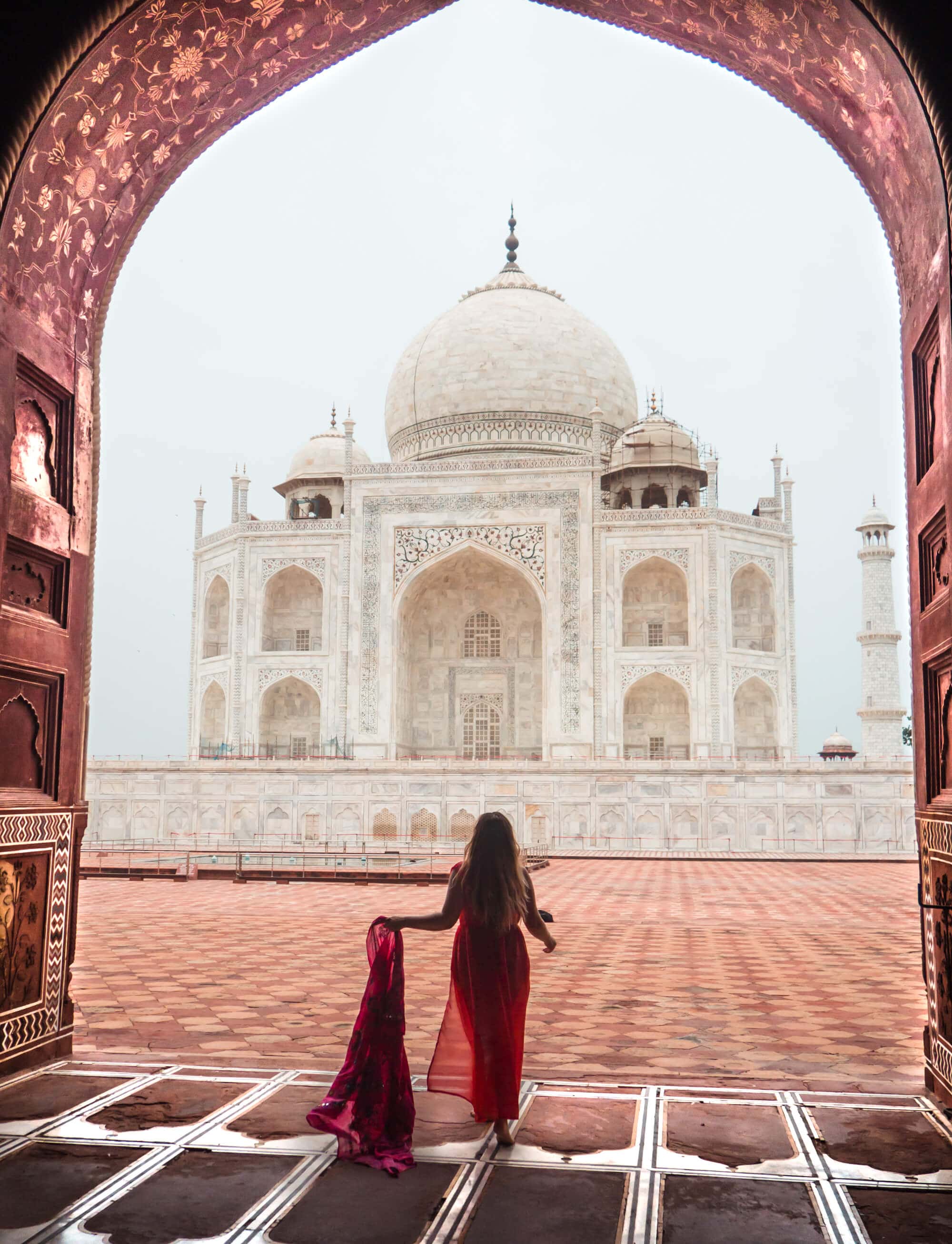 Wear something colorful or bring a brightly colored shawl to stand out against the bright white marble. A pop of color in your photos will make all the difference. I bought my coral-colored, flowy kimono on eBay just for the occasion and I also got a shawl at a market in New Delhi. I normally wouldn’t go to that extent but I’m very happy I did here since visiting Taj Mahal is a once in a lifetime experience.

Remember that photography is not allowed inside the main mausoleum, but you should definitely get some shots of the beautiful details on the facade. I was under the impression that Taj Mahal was all white and did not expect it to be decorated with colored flowers and vines. So pretty!

If you’re visiting Taj by yourself or for couples/families wanting a photo together, there are photo guides eager to snap a shot for you. One of the guides grabbed my camera out of nowhere because he wanted to show me how cool it would look to get a Taj reflection in one of the puddles. And although I wasn’t really up for a lesson in photography at that moment, I have to admit it turned out pretty cool. So the photo guides might be a bit pushy they do know some great spots and angles you might not have thought of yourself. I don’t know how big of a tip they expect to get in return so it’s probably wise to agree on that before you acquire their services. 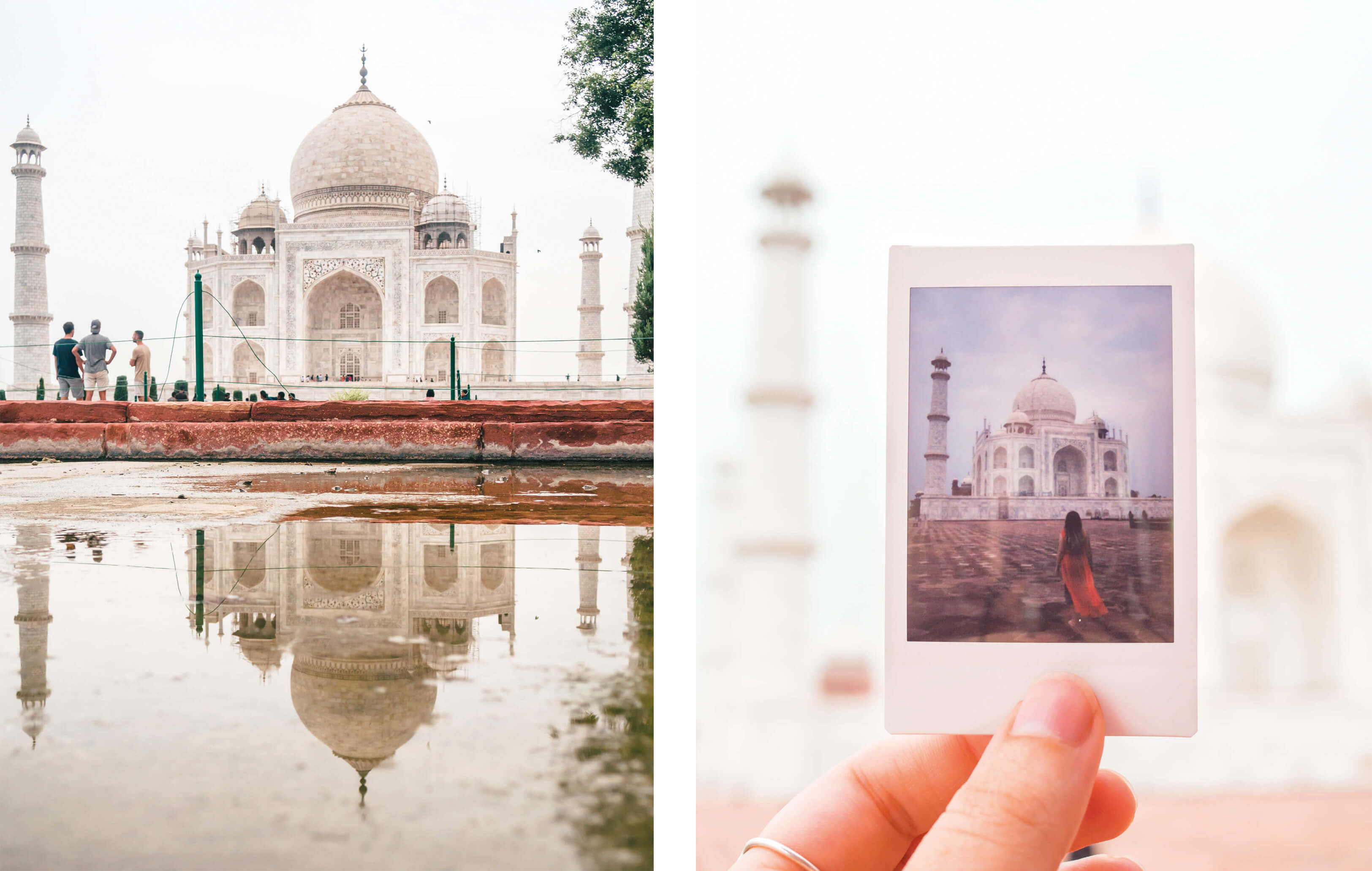 The Polaroid itself didn’t turn out so great because it was too dark. But you get where I’m going with it 😉

One of the angles I had really been looking forward to shooting was from the Yamuna river. We walked down the road to the right of the East gate until we reached the river. I had been told there would be people there with old wooden boats ready to take you out on the water for a pretty little sum. But that was not the case on this particular day. We might have been too early because everyone was washing and getting ready for the day. And no one spoke a word of English or they just didn’t bother to answer. So no boating for us!

I wish I had done some research prior to our trip because it turns out there are several tours that include a boat trip on the Yamuna. One of them is the highly-rated Agra by Bike tour, which takes you to all the main attractions in Agra and beyond the tourist trail. No, I’m not affiliated with them in any way I just think the tour sounds awesome. So check it out!

What might come as a surprise to many is that the best place to view the Taj Mahal in my mind not actually inside the complex but across the river in Mehtab Garden. There you have so many opportunities to get some unique shots of Taj Mahal that differs from the mainstream photos you see everywhere. In fact, I think this place is so awesome that it deserves its own post. So stay tuned next week for a guide to Mehtab Garden.

Remember to pin for later 😀 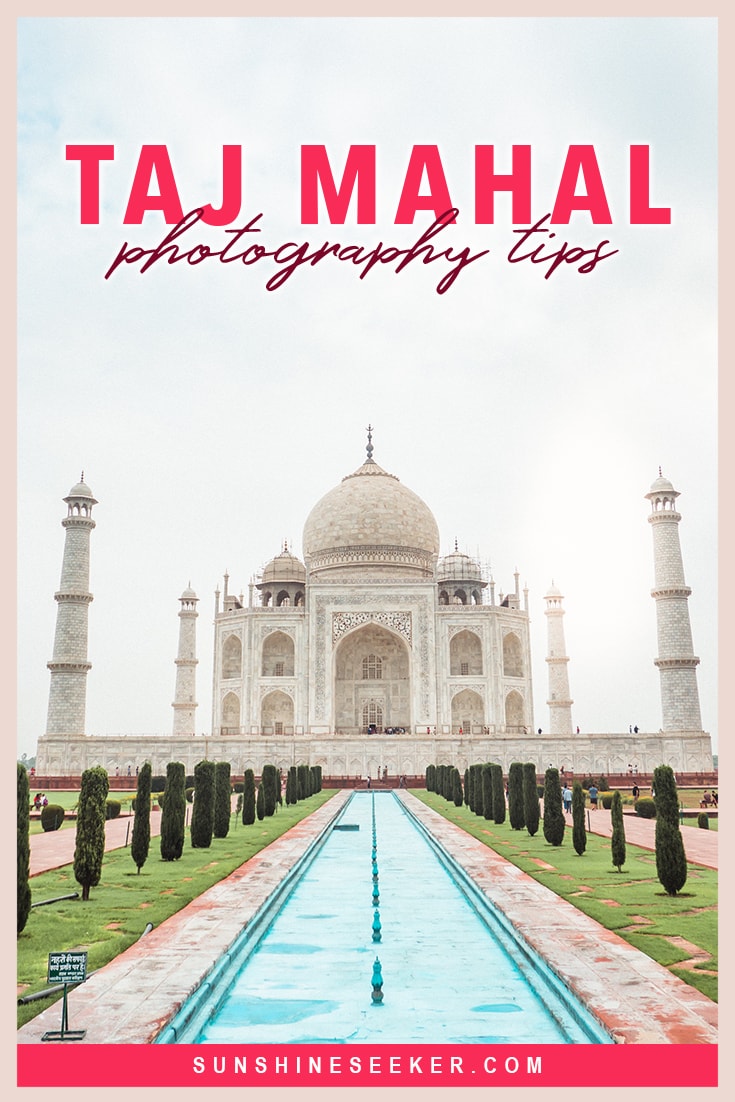 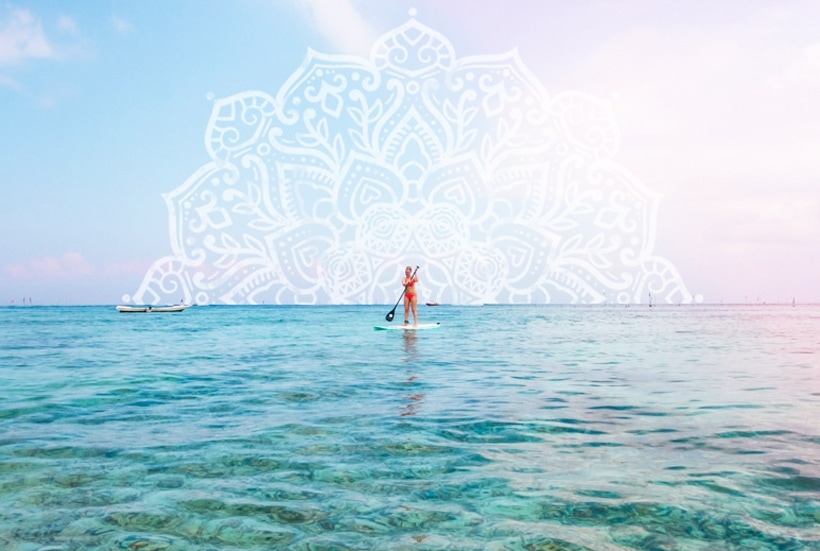 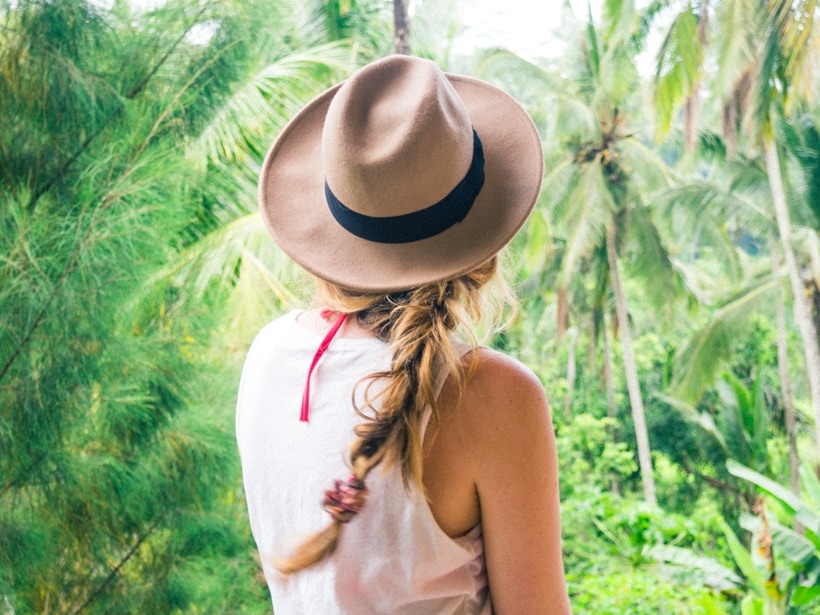 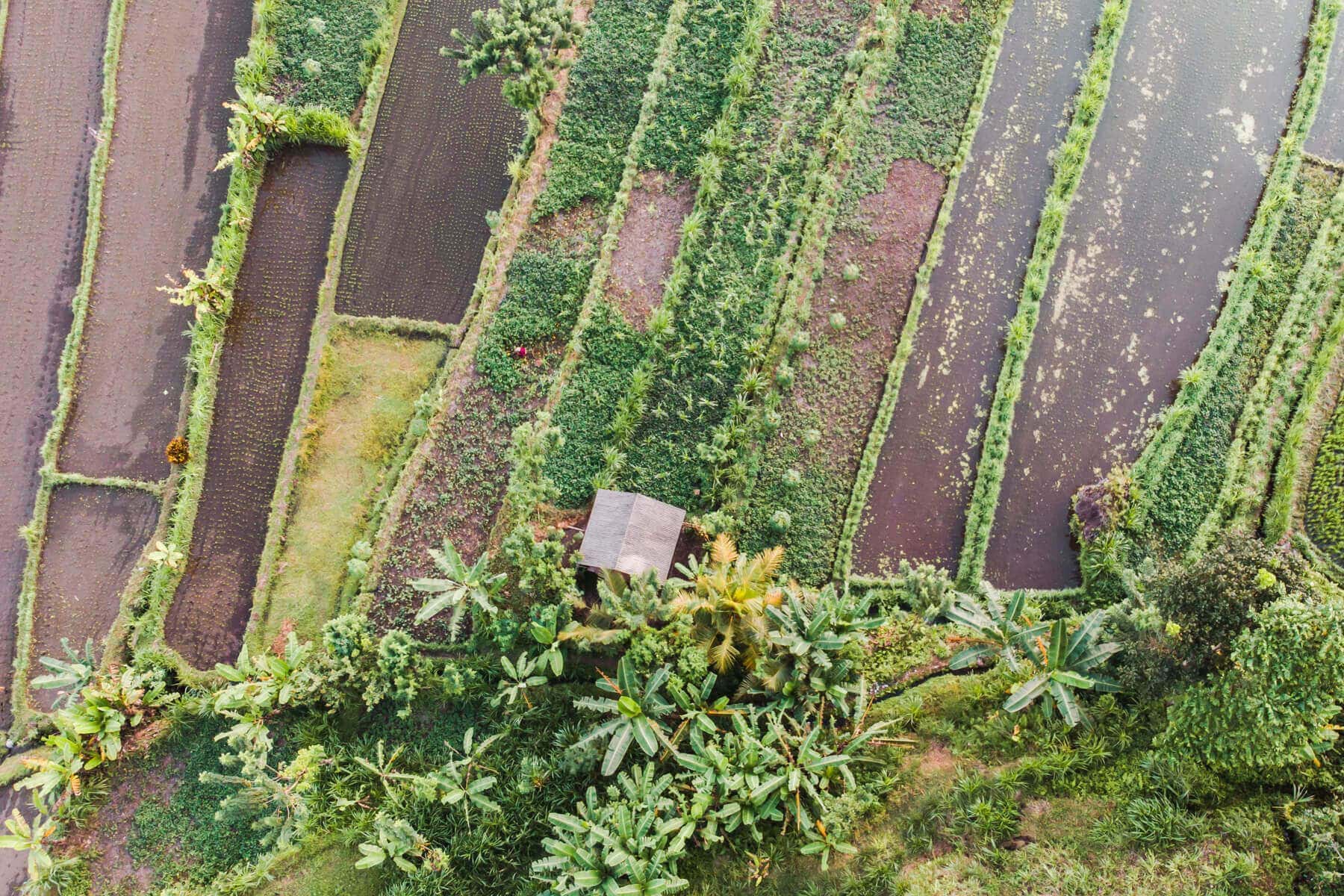 12 Cities That Aren't on Your Bucket List (But Should Be)

I'm a traveler, dreamer, creative mind, palm tree enthusiast and natural-born pessimist who is working hard to live a life I love.
And my mission is to inspire you to do the same!

Wishing you all a happy Friday with one more shot

Miss those magical mornings in Ubud 🌱 A photogr

Have you heard about the Badlands of Murcia, Spain

One of the things I love most about warmer climate

What every Oct/Nov should look like if you ask me

I've posted about Salto del Usero before but I tho