Denmark, the land of wind, cute brick houses, delicious pastries, red sausages and “hygge”, is where I spent most of my summer vacations as a child. With its 7000km of coastline, more than 400 islands and short distances, Denmark is the perfect destination for a diverse holiday.

Before my trip to Denmark last week it had been years since I was last there. And I started wondering why I don’t go more often when it’s only a 4-hour boat ride.

I did some research and decided to write down all the places I’ve already seen and things I would like to do next. The list grew pretty quickly, so I decided to turn it into a complete Denmark bucket list for you guys. I was originally only planning on including 101 sights and attractions, however, I’ve already added two more. And I’m probably going to keep adding to it. For such a small country, Denmark has so much to offer.

Remember to always get insurance before you travel to Denmark or anywhere else. I recommend Safetywing, an affordable subscription travel insurance that you can purchase even after departure. Read my full review here.

101 awesome things to do in Denmark

1. Most importantly, have an ice cream with “guf”(gooey pink fluff) and a flødebolle

2. Then a Danish pastry. Yuuum!

3. Rent a bicycle or join a bike tour and explore the city on two wheels

4. Marvel at the impressive Frederik’s Church, also known as the Marble Church

5. Ride a 105-year-old wooden rollercoaster at Tivoli, an amusement park in the middle of the city

6. Watch the changing of the guards and explore Amalienborg Palace, the winter residence of The Royal Family

8. Have lunch at Vækst, an Instagram-friendly restaurant focused on sustainability and locally sourced ingredients

9. Go for a walk around Nyhavn, a 17th-century canal lined with colorful townhouses

10. Find the “Little Mermaid” in the harbor

13. Go skiing at “Copenhill”, an artificial ski slope and recreational area set to open in October

15. Relax on your own “parkipelago” in Copenhagen Harbour

17. Stop by The Organic Boho for some plant-based food that both looks and tastes amazing

19. Hunt for giants in the woods on the outskirts of the city

20. Explore Kastellet, a star-shaped fortress dating back to 1660

21. Wander around the conservatory at Ny Carlsberg Glyptotek, in my mind the most beautiful spot in the city

22. Have a beer at the Carlsberg Brewery (closed for renovation until 2020)

23. And don’t forget to shoot some photos at the Elephant Gate & Tower

24. Check out Superkilen, a neon pink and red park celebrating the diversity in the neighborhood

28. Experience Viking life at Trelleborg Viking Ring Fortress which dates back to year 900

29. Try out Camp Adventure’s new Treetop Experience and marvel at the view of South Zealand from the top of the tower

30. Visit Kroppedal Museum of Astronomy and Tusculanum, the remains of the observatory where the speed of light was first measured

31. If you dare, spend the night at Dragsholm luxury castle hotel, where according to legend, 100 ghosts haunt the corridors

32. And If you want to splurge, even more, enjoy a meal in their Michelin star restaurant, Slotskøkkenet

34. Attend the largest music festival in northern Europe held every summer in the ancient city of Roskilde

36. Dress up like a Viking and set sail in a Viking ship at the Viking Ship Museum in Roskilde

37. Visit Roskilde Cathedral, a UNESCO World Heritage Site which houses the tombs of 40 kings and queens

38. See, hear and feel your way through the history of music at Ragnarock Museum for pop, rock and youth culture

41. Go underground at the Maritime Museum in Helsingør

42. Explore Denmark’s most dramatic landscape, Møns Klint, on the little island of Møn south of Sjælland

43. Take a ferry from Køge to the beautiful Bornholm Island, also known as the “Pearl of the Baltic Sea”

44. Check out Bornholm’s four mysterious round churches which are thought to be connected to the Knights Templar

Related post: 7 stunning castles & manors in Denmark you can actually stay in

45. See the world’s largest dinosaur and learn about animals at Knuthenborg Safaripark

46. Explore Fuglsang Park, Art Museum and one of the most unique manors in Denmark, Fuglsang Manor

47. Walk around Nysted, a charming old market town where it seems like time has stood still

48. Bathe in the sun during the warm summer months at Marielyst Beach, one of the best beaches in the country

49. Sit down and relax on the bench in front of Sydstenen, the southernmost point of Falster and of Denmark

51. Or maybe you want to explore the island on horseback, Fyn boasts 75 kilometers of riding routes

52. Stay the night in the luxurious Holckenhavn Castle or just go for a walk in the Castle Gardens

53. Explore Egeskov Slot, one of Denmark’s most impressive castles, and have a picnic in the Castle Gardens

54. Borrow a city bike (or two) free of charge for 24 hours and explore Odense

56. Spend a fun-filled day at Odense Zoo, awarded as the best zoo in Europe

57. Get back on track at the Danish railway museum (Danmarks Jernbanemuseum)

61. Explore the charming town of Kerteminde, chosen by National Geographic as one of Europe’s best secret villages

62. Wander around Valdemar’s Castle, a large manor that is still privately owned by the 12th generation of the same family

63. Get your cosplay on at the Magic Days Festival held every October

64. Buy an island-hopping ferry ticket and explore the Fyn Archipelago

65. See wild horses on the popular holiday island of Langeland, south of Fyn

66. Go bridge walking and take in the spectacular views from the top of the Little Belt Bridge

67. Walk around the world in minutes at “Verdenskortet”, an outdoor atlas constructed entirely from soil and stone

68. Experience the past brought to fascinating life at Moesgaard Museum

69. Walk inside a rainbow at Your Rainbow Panorama on the roof of ARoS Art Museum

70. Go back in time at Den Gamle By (the old town) a super cool open-air town museum

71. Ride a bike through Aarhus Ø, a dingy old container port turned into an architectural gem

72. Eat your heart out on food from all around the world at Aarhus Street Food

73. Have a cocktail and take in the incredible view from Salling Rooftop in Aarhus

74. Visit Tivoli Friheden and take the Cobra ride to see if you can withstand the same G-force as a fighter pilot

76. Head underground on a tour of Mønsted Kalkgruber, the world’s largest limestone mine

79. Take in the incredible view from the 55-meter-tall Aalborg Tower

80. Visit Jørgen Olufsen’s House in Aalborg, one of the best-preserved Renaissance buildings in Denmark

81. Experience culture at Utzon Center, designed by the famous architect behind the Sydney Opera House

83. Watch the seals at Grenen, the northernmost point in Denmark where the North Sea meets the Baltic Sea

85. Go for a leisurely stroll in the charming seaside town of Løkken

88. Feel like a giant in Sæby, a miniature 1:10 scale version of the historic town by the same name

89. Stop by Memphis Mansion, Denmark’s own version of Graceland built by an Elvis superfan

90. Go see St. Laurence’s Church which is buried in the sand and only the tower is visible

91. Hear the Singing Trees in Aalborg

94. Watch the starling migration over WSNP when 1 million starlings dance across the sky in September/October

95. Channel your inner child a Legoland in Billund

96. Go for a train ride on the vintage Bryrup-Vrads Railway, the most beautiful railway in Denmark

97. Meet the Giants of Esbjerg, a humongous sculpture called “Man Meets the Sea”

98. Go for a cruise of the Lakelands in “Solbaaden”, a fully solar-powered and CO2-neutral boat

99. Enjoy a 5-star lunch at the incredible Hotel Julsø…

102. Continue to Silkeborg Museum to see the “Tollund Man”, a pre-Egyptian mummy made by nature

103. Try not to get lost in Samsø Labyrinten, the world’s largest maze located on the wind-powered Samsø Island

I hope this bucket list has inspired you to visit Denmark! 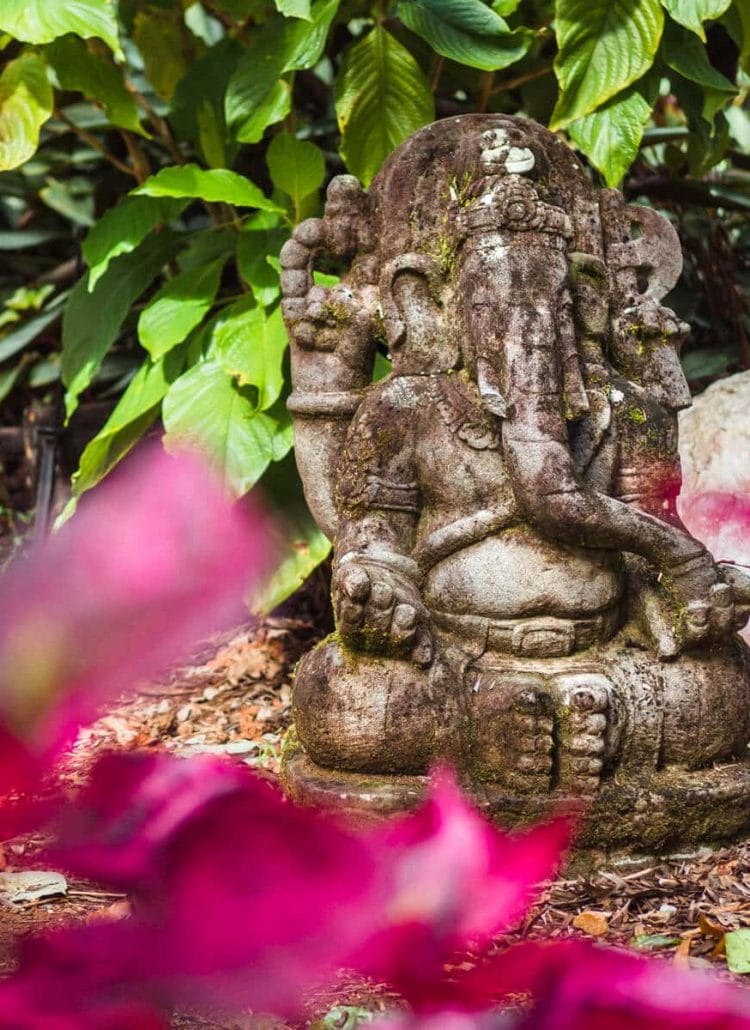 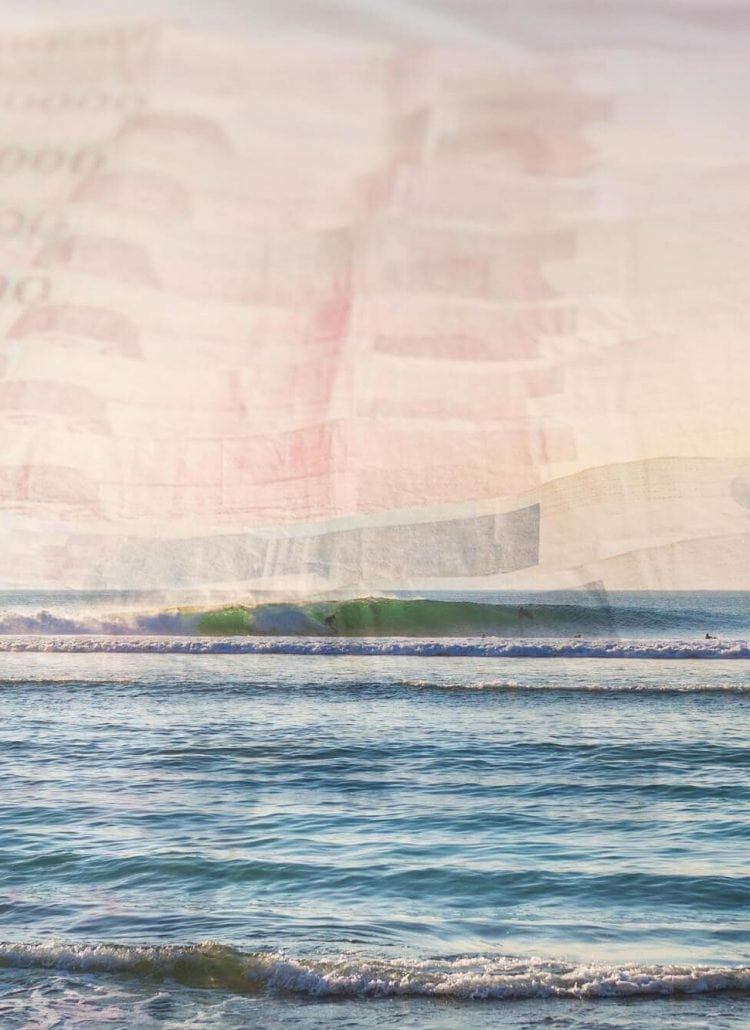 Bali Budget Breakdown: How much do two weeks in Bali cost? 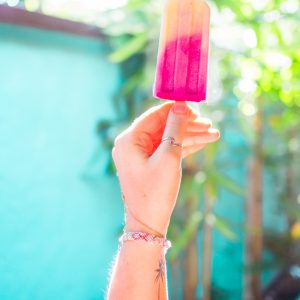